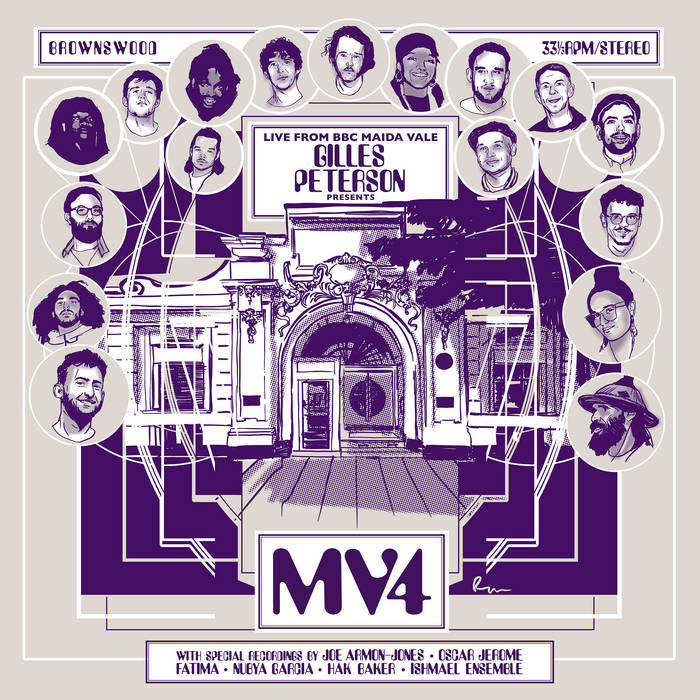 World of Echo The A-side is phenomenal. The B-side is hit or miss, but when the A-side is as good as this, then I don't feel like I can complain.

Bob Hill Illicit Grooves What a line-up of the new and current crop of musicians on the UK Jazz and music scene. A dead cert that tracks from this will feature heavily on The Illicit Grooves Radio Show

lulorecords A lot of groove from a great group of talented musicians! Blessed. Favorite track: Do You Really (Live from Maida Vale).

n_kelly Great combination of UK Jazz musicians and more! And of course JAJ and band are great on it! Favorite track: Almost Went Too Far (Live from Maida Vale).

DJ Angel B! aka: Soulfrica

Gilles Peterson presents a time capsule of musical magic on this exclusive. Taken from a day of live sessions in London’s legendary Maida Vale Studios - studio MV4 to be exact, it was originally intended just for Peterson’s BBC radio show broadcast on 20th October 2018. Struck by what a special moment the sessions captured, Peterson has decided to mark the results with a release proper on his Brownswood imprint.

A limited special double vinyl release, it features a diverse, all-star cast of some of the acts celebrated by Peterson in recent years, in a series of freewheeling and off-the-cuff recordings, several of the tracks backed by the group of Brownswood signee, Joe Armon-Jones. Featuring Dylan Jones, James Mollison, Mutale Chashi, and Marijus Aleksa as well as guest turns from Fatima, Asheber, Nubya Garcia, Hak Baker, and Oscar Jerome, plus a double track special from Bristol based collective, Ishmael Ensemble.

Struck by what a special moment the sessions captured, Peterson has decided to mark the results with a release proper on his Brownswood imprint. ... more

Bandcamp Daily  your guide to the world of Bandcamp

Featuring Gary Bartz, 5 years of Rhythm Section Intl and an LP of the week by Nicolas Jaar